Ujjain is located in the eastern bank of the Shipra River and is one of the holy cities of the country. The city which is a part of Madhya Pradesh is an adobe to the Mahakaleshwar Jyotirlinga which attracts tourists worldwide. The city is managed and administered by various governmental agencies that ensures smooth functioning of the city of Ujjain.

The District Magistrate or the Collector is the chief executive of Ujjain. He is accountable for the management and governance of the region efficiently and suitably. The activities of the district management virtually envelop a broad range and handle all activities of the people. The chief charge of the district administration is to put into practice programs with the dynamic collaboration and support of the citizens of the district. Currently Shri B.M. Sharma holds the post of Collector of Ujjain. 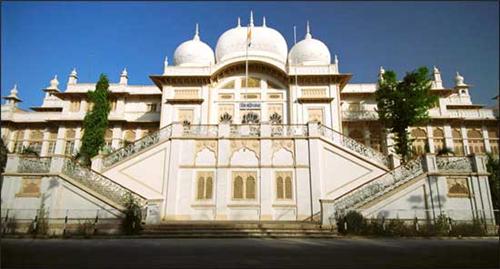 The responsibilities of a collector comprise land assessment, land acquisition, collection of land revenue, and collection of income tax dues, excise duties, irrigation dues etc, and allocation of agricultural loans. As District Magistrate his responsibility consist of upholding of law and order, regulation of the police and jails, administration of subordinate Executive magistracy, investigation cases under the precautionary section of the Criminal Procedure Code, management of jails and documentation of implementation of capital sentences. As Crisis manager he engages in Disaster management during natural calamities such as floods, famines or epidemics, Crisis management during riots or outside violence. As Development Officer his duties include Ex-officio chairperson of the District Rural Development Agency responsible for diverse developmental activities, Chairman of the District Bankers Coordination Committee, Head of the District Industries Centre

Ujjain police department is headed by Superintendent of Police assisted by Additional Superintendent of Police. The Ujjain police implement its jurisdiction through 27 police stations. The police department functions to sustain and implement the law without prejudice, and to defend life, freedom, property, human rights, and self-respect of the citizens, to support and conserve public order, to defend internal security, to prevent crimes, and diminish the prospect for the commission of crimes, to gather intelligence relating to matters affecting public peace. Ujjain Police has different crime, traffic and special branches.

The functions of the Municipal Corporation of Ujjain include collection and assessment of property tax, improvement of roads, solid waste management, water supply and sewerage, tree planting, tree census, fire services, Lighting, flood control and management, administration of primary schools and hospitals and heritage preservation. It has also put into practice a quantity of e-governance proposals consecutively to offer its citizens enhanced services and also maintains kiosk throughout the metropolitan for improved ease of access.

Elections to the Municipal Corporation of Ujjain are conducted every five years. The District Collector’s Office oversees preparation of the electoral rolls for national and state elections. At present the Bharatiya Janata Party is holding majority in the Ujjain Corporation where the election was held in 2013. Other parties like Indian National Congress (INC) and Bahujan Samaj Party are also operational in the regions of Ujjain.