The city of beautiful temples Ujjain is situated on the banks of holy river Kshipra. It is a budding city that is unexploited as far as the contemporary entertainment options are concerned. The city which is now a promising economy is seeing a fast swiftness in evolution with foremost infrastructure advancements and numerous new housing colonies.

Treasure Bazaar situated in the environs of Nanakheda Bus Stand is the foremost and biggest shopping mall of the city which dole out as the eventual destination to relish, an ambiance where one leisure out an entire day out and take pleasure in shopping, lip smacking food and playing games. The shopping mall also houses numerous commercial offices with the most up-to-date facilities presenting a colorful ambiance. A splendid glass frontage construction of four floors with a distinctive structure is a breath taking and vibrant entity in sync with times.

Treasure Bazaar presents an exceptional blend of home, national and worldwide brands and flagship stores like Domino’s, Cotton Cottage, BasicLife, Fahsion Yatra, Krrish, Gift & Homes, Planet Fashion, John Players, Peter England, MSL Footwear etc. Funscape, the fun zone presents an assortment of more than thirty games together with those which are played on electronic platforms. The fabulous Food Court on in the mall offers cuisines ranging from South Indian, Continental, Chinese, Mexican and beverages. In addition to these, the mall also houses a Cafe Coffee Day store situated in foyer of the shopping mall. Treasure Bazaar is a fabulous one stop shopping destination and all the people visiting Mahakaal temple make it a point to pay a visit to the mall to pick their much loved brand. A trip to the mall promises an absolute leisure coupled with cinema halls, restaurants, bars, cafe, spa and salons. A visit to the mall will provide you an overwhelming experience.

Treasure Bazaar is effortlessly reachable by auto-rickshaws, taxi and public transport. Tourists and pilgrims can reach the shopping mall with ease as this is a landmark in Ujjain. The mall offers ample parking space for vehicles. The beautiful ISKON Temple is located very close to this mall.

Enjoying a movie at the cinema hall is a most sought for entertainment option in Ujjain where you can find many halls and multiplexes. Cinema presents wholesome amusement for the family. Ujjain houses a handful of Movie theatres to present an entertainment platform for the people of the city. Popular movie theaters in Ujjain are listed below: 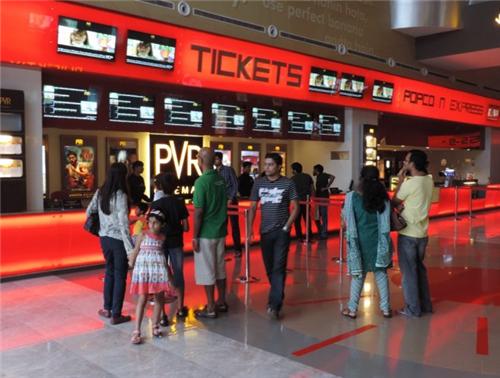 
Apart from the movie halls the city also has Lions club which is largest service club organization working towards eradication of blindness and community projects aimed to serve the children through mentoring and scholarships.