Ujjain which stands amongst the most visited religious cities in India has found its mention in early Puranic taxts and Buddhist literature. The city is believed to have attained significance from the era of the Aryan settlers. The mention of Ujjain is often found in primeval texts like Brahmanas, Upanishads and Dharmasastras. The Buddhist script mentions that in the 6th century B.C, Avanti established its capital at Ujjaini and was one among the great powers while the other three being Vatsa, Kosala and Magadha. Apart from its historical significance the city played a pivotal role as a trade route between northern India and Deccan. The supreme pottery of Northern black polished ware originated its way to Deccan through Ujjain. In the olden times precious stones, pearls, spices, perfumes, silks and muslin were exported to western part of the continent through Ujjain and sent from port of Brighukachcha. “Periplus of the Erythrean Sea”, a Greek periplus defines a city called Ozene located to the right of Barygaza which supplied all merchandise for trade including porcelain, muslin ,cottons, spikenard to central ports and to several parts of the country. 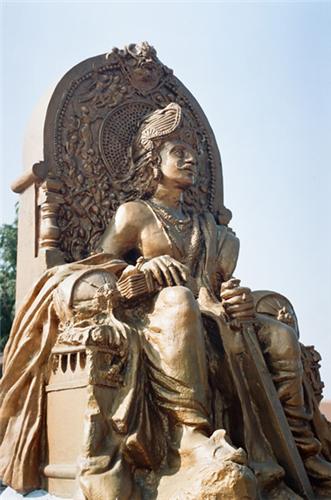 The most primitive acknowledged epigraphic documentation of the Paramaras, the Harsola Granth revealed that the start of the 10th century AD, Rastrakutas family of Deccan became the rulers of the Paramara Empire. Several prehistoric documentaries reveal that Vakpati I was the king of Avanti. Rastrakuta, Indra III took a halt in the city along with his army when he fought against Pratihara Mahipala I. Vairisimha II, Vakpati's successor was defeated by Mahipala I thus conquering the empire of Rastrakuta including Ujjain and Dhar. The Paramara autonomy in the Malwa region came to an end in 946 AD when Vairsimha II happened to be overriding in the region.

The self-governing Paramara rule in Malwa began during the Siyaka II's period and it was during this time that capital was moved to Mahakala Vana in Ujjain. Raja Bhoja was pone of the famous rukers of Ujjain. The 9th to 12th centuries saw the transformation of the city of Ujjain being associated with the Paramaras. The Sultans of Mandu captured the realm from Paramara ruler, Siladitya which resulted in the establishment of Muslim rule in Malwa and Ujjain.

The Muslim dynasties marked the commencement of an elongated epoch of hardship and perish of the primeval magnificence of Ujjayini by recurring inroads of aggressive crowd. The rapid invasion of Ujjain by Iltutmish in 1234 triggered a methodical vandalism and damage of temples. This wave of devastation came to a standstill during the rule of Baz Bahadur of Mandu. The Mughal rule signed a novel period in restoration. King Akbar subdued Baz Bahadur's and constructed a wall surrounding the city for protection. The year 1658 saw a combat near Ujjain city where Maharaj Jaswant Singh of Jodhpur, who was fighting at the behest of Prince Dara was overpowered by Aurangzeb and Murad. The tangible panorama of the battle is Dharmatpura which was renamed as Fatehbad by Aurangzeb, after the triumph. The commemorative of Raja Rattan Singh of Ratlam, who was knocked down in the war, still stands at the site. 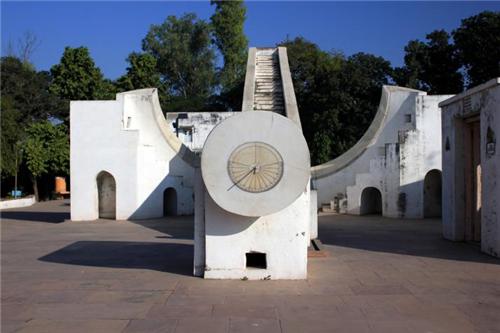 Maharaja Sawai Jai Singh, a scholar of astronomy was made the Governor of Malwa during the supremacy of Mahmud Shah. He established First Observatory of India and Vedhshala in Ujjain. During this epoch the city experienced the modernization and construction of several temples. At the start of the 17th century, Ujjain and Malwa went through an additional phase of grasp and assault by the Marathas, who progressively incarcerated the entire region. The Maratha dominance of Malwa gave momentum to an enriching cultural resurgence in the region and contemporary Ujjain came into existence. The majority of the temples of the city were constructed in this period.

The Maratha rule in the city laid a foundation for the congregation of artist of the Poona and Kangra styles. The impact of the two diverse fashion of painting is characteristic. The illustration of Maratha fashion of painting is instituted in the temples of Ram Janardan, Kalpeshwar, Tilakeshwar and Kal Bhairava while the customary Malwa style can be distinguished in the Sandipani. It was during this time that the skill of timber work also developed. Wood carvings were made on the porch and veranda, however several exceptional models have been sold or ruined.

The city finally went into the hands of the Scindias in 1750 till 1810, when Daulat Rao Scindia established his fresh capital at Gwalior which developed into the primary urban center of his power. During British rule Ujjain retained its tag of holy city and to a great extent. After Maratha defeat in the Third Anglo-Maratha War Ujjain alongwith Gwalior and the neighboring princely states were made a part of the Central India Agency.The repositioning of capital from Ujjain to Gwalior showed the way to a turn down in the business significance of the city. However the Ujjain-Ratlam-Godhra division of the Bombay-Baroda line corrected the equilibrium. A significant degree of business primarily with Bombay, subsisted in cotton, opium and grain in the British Indian period. Till 1947 Ujjain remained part of Gwalior state. After Indian independence, the Scindia ruler of Gwalior acceded to the Indian Union, and Ujjain became part of Madhya Bharat state. When in 1956 Madhya Bharat transformed into Madhya Pradesh state Ujjain was made a district and subdivision.

There is a lot to reveal that in the perception of the country’s extensive history, Ujjain benefited from the huge significance in the combat for the realm and the invariable fight back for dominance. Political significance was amalgamated by the fiscal factor of the city being positioned on the foremost vein of business between the North, South and the West, consecutively adding up to the city attaining a enriching magnificence.