Lucky we are to have taken birth in a country which has raised innumerable great souls who have brought glory, name and fame to this land by the virtue of their perseverance and high intellect. In the never ending list of great men born in India, Mahakavi Kalidasa name has occupied an important place. This great literary personality of India needs no introduction! His plays, epic poems are widely respected, liked and loved not only in India but also across the borders.

In honour of a literary man Kalidasa who contributed a lot in exhibiting the Indian culture to the world through his writings an academy has been set up in Ujjain by the Madhya Pradesh Government. The academy set up in the year 1978 also provides a platform of research to students from the field of arts and literature. This academy is involved in showcasing the great works of this legendary poet to the 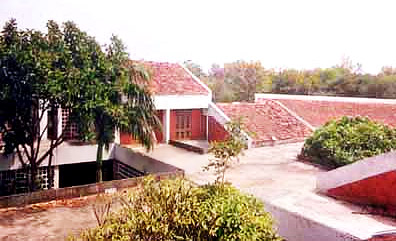 world. A number of researches are being done on regular basis and various seminars are being held to project his works from different angles. A number plays are also held which has gained sound recognition in the recent past.

To spread the classic works of Kalidas to the world, it is necessary that these literatures be translated to foreign and major Indian languages. The academy translates and publishes his poems in a number of languages. Stage plays are also organized in regional as well as major Indian languages. This may sound easy but to create the magical feel of his works in this modern era without compromising on the content is an equally tough job.

Designed by the ace architect Srimati Hema Sankalia, the academy is set up with a total land area of about 3500 hectares and enjoys a very serene and calm environment. The academy is the result of initiatives taken by the department of culture of the Government of Madhya Pradesh.It is worth mentioning that Prof. Adya Rangacharya (1979-1980) was the first director of this academy. The present director is Prof. Mithila Prasad Tripathi who has been rendering service from January 2013.

Kalidas Academy has strived towards spreading the works and messages of Kalidas to the world. It has a massive library which is home to around 4500 books on subjects like Vedas, Puranas and Sanskrit Literature. Very rare collection of great books has been maintained in this library which caters to the need of thousands of readers’ every day. Also kept in this library are various literature related to Kalidas, his works and translations.
Need for a good museum for preserving a number of priceless items was felt and thus in the year 1995 the Kalidasa Museum was built which house valuable ancient paintings, sculptures, Manuscripts and so on. Some rare photographs can also be seen in this gallery. Other items include ancient musical instruments, paintings, costumes, video cassettes and recordings.

Layout of the Academy

Laid on an area of 3374 Hectres, this academy has a natural pond and respective buildings for respective functions. A special thing about this academy is the names of its rooms and building infrastructure. Dedicated to the great works of Kalidas, each room in the building has been named after his work.Apart from this, the Academy has been designed and built in a planned way. Trees like Kadamba, Ashoka, Amra and other varieties have been planted all over the academy to relate the environment to his works. These trees have been mentioned by Kalidas in many of his great works. 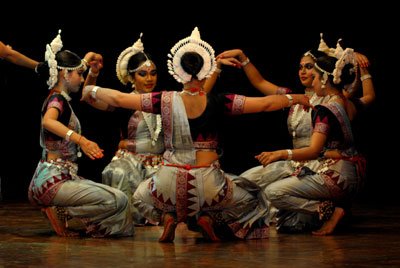 This festival is not only limited to Ujjain but has also crossed the boundaries of this city. Kalidasa Samaroh as it is popularly called is celebrated with great enthusiasm not only in this academy but also in different parts of Madhya Pradesh. Inaugurated by the first president of India Late Dr Rajendra Prasad, this festival has, in the last few decades continuously gained huge recognition and respect from great scholars, writers, artists and so on. Inter-college debates Quiz contests, painting exhibitions, art competitions recitation and other activities and contests take place during this festival. Various play drama, theatres are also arranged and scholars from different parts of India assemble here to be a part of the mega festival.

Not less than 4000-4500 books on different subjects have been kept in the academy’s library. Starting from Veda, Vedanga, Purana, Philosophy, Vedic and Sanskrit literature to Natya, Jyotish-Shastra, Kavya Shastra, Nritya, Sangita, Vastu-Shastra, Vyakarana Shastra, Tantragama, Art, Sculpture and many more subjects, you can find a rich collection of books. The library also has a wide collection of traditional and folk painting, sculptural exhibits, different manuscripts, audio and video cassettes, photographs, costumes which are very difficult to find in any other library.

So if you are in Ujjain you should definitely visit this place to get a glimpse of the works of one of the greatest Indian poets of all time. And if you love literature, a visit to this place will leave an impression in your mind that will be hard to erase in the years to come.