Transport infrastructure is the backbone of any economy and plays a trivial part in the growth and expansion of an area. This also serves as foremost infrastructure services for any metropolitan. The city of Ujjain which reflects the religious and heritage in every stride with its robust transportation network is making the life of its citizens easy and comfortable. It is very important to present the people with the state-of-art infrastructure amenities to augment the fiscal development of the city. 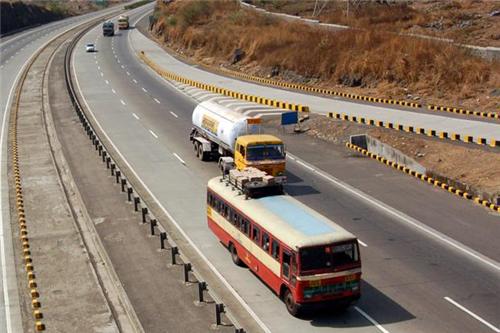 The transport network doles out to be backbone for the sky-scraping tourism potential city like Ujjain. Road and Rail mode of transportation occupy a noteworthy role in the transport segment of the city and close by areas. In general, all the key transportation of goods and people is being taken care by road network.

Though there is no direct air connectivity to Ujjain you can board an aero-plane from Indore Airport. The nearby airport to the city is the Devi Ahilyabai Holkar Airport in Indore. It is positioned just about 56 kms from the city. You can hire a taxi from the airport to the city. Indore airport has a well established domestic connectivity to major cities in the country. There are considerable connecting flights from Delhi, Mumbai and Kolkata to cater to the International travelers.

Ujjain Railway Station is a foremost rail line on the Western Railway system linking the city to several regions of the nation. The city is on the Bhopal-Nagada rail network. A number of Express trains halt at Ujjain Junction includes Sabarmati Express, Indore-Pune Express, Narmada Express, Malwa Express and the Avantika Express. Vikram Nagar and Chintaman railway stations also play an imperative role to facilitate rail travel to Ujjain.

The city has a well connected road network including Agra Road, Indore Road, Badnagar Road, Dewas Road and Maksi Road connecting the holy city to other major destinations of the country. The State Highway 18 and 27 connects Ujjain to Indore.The major bus stations in the city are the Dewas Gate and Nana Kheda. A huge number of State run private buses operate from the city to Delhi, Ahmedabad, Mumbai, Indore, Bhopal, Gwalior, Mandu and Khajuraho.

Ujjain city has a constrained road network due to the Kshipra River which makes the city highly impossible for any further expansion. The city which is segregated as old city and the new one is connected by a Road over Bridge (ROB) positioned in close proximity to the city railway station. The old city is the main pilgrim site housing the temples whereas the new city is known for the trade and commerce activities. Madhya Pradesh State Road Transport Corporation (MPSRTC) is a state run organization operates buses all over the city and also connects the city to other locations. 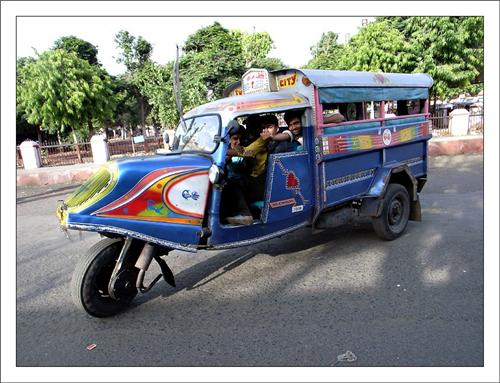 Internal transportation of the city depends in the extensive network of auto rickshaws, tempos, hand pulled rickshaws, lorries and minibuses that operate throughout the city connecting one part with another. The city has houses a good amount of taxis and Tempos to cater to the escalating demand especially during the celebration times. However the two wheelers and private mode of transport have a predominant role in the transportation of the city.

An extensive demarcation of region of Ujjain incorporates the seven districts namely Indore, Dhar, Ujjain, Mandsaur, Ratlam, Dewas and Jhabua. Besides Indore and Dewas, Ujjain is also one of the three most vital tourist and trade and commerce hub in this region. Bhopal Ratlam broad gauge railway line connects the city of Ujjain to diverse key destinations and serving millions of tourists and traders in the region. The National Highway (NH3) located around 35 Kms from the city contributes to the contemporary road network in the region linking major cities like Indore, Ratlam.

In addition to national rail road network, there are several state highways connecting it to the foremost local and district centers. The city of Ujjain enjoys the privilege of being the only place in this region of immense sacredness and thus creates a center of attention for disciples for more or less all the main festivals like Shivaratri, Amavasya, Nagpanchami, Panchakroshi etc. The extensive regional rail road network is thus capable of catering to the peak demands of the transportation system. The city is well linked to several key regions through five state-of-art road network and a broad gauge railway line to Bhopal.